Your Browser Is Incompatible

You are seeing this message because we have detected you are using Internet Explorer 10 (or older) to browse our site. Unfortunately, this means that your browser is too old to display our site properly and that certain areas of the site may display incorrectly or not at all. Please upgrade to the latest version of Google Chrome, Mozilla Firefox, Internet Explorer, Microsoft Edge, or Apple Safari in order to view this site.

3 Ductless Issues You Need to Watch for This Winter 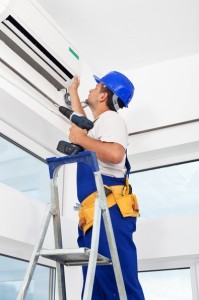 We’ve still got a few more weeks of winter, which means a few more weeks of increased stress on your ductless system. More stress on the system means that problems are more likely to occur before the end of the season. Since you’re probably not too keen on having your ductless system break down in the middle of winter, it’s a good idea to watch for signs of a problem. The faster you can identify an issue with your system, the faster you can have it repaired and the better off it will be. Have look at 3 of the most common ductless issues you need to be aware of this winter.

Like any other heat pump, your ductless system heats your home by absorbing thermal energy from the air outside and releasing it into the home. As the outdoor unit evaporates refrigerant to absorb heat, the temperature of the air around the system drops. Condensation forms on the coil as the temperature drops below the dew point. Normally, the condensate then drains out of the system through a drain pipe. However, if the system causes the temperature to drop below freezing, the condensate will freeze before it can drain away. This will cause the coil to ice over pretty quickly, if it isn’t addressed.

Now, normally a ductless system has a defrost cycle to counteract ice buildup on the coil. The cycle essentially reverses the direction that the system vents heat, causing it to pump out of the outdoor coil and melt any collected ice. If the defrost cycle fails, though, the advancing ice could cause multiple system malfunctions. Call for repairs if you notice ice building up on your ductless system in large amounts.

Refrigerant is a broad term for the liquid that enables the ductless system to operate. It is the medium the units use to absorb and vent heat between the home and the outside environment. Every ductless system that is installed is given a set “charge” of refrigerant, and is meant to use that charge for its entire lifespan. A leak in the system has the potential to put a serious dent in the refrigerant supply. As the refrigerant is drained from the system, its output drops until it can no longer heat or cool the home at all. If you notice system output dropping, or you see liquid dripping from the system, call a professional to take care of it for you.

All HVAC systems have the potential for electrical issues, from short-circuits to malfunctioning thermostats. Oftentimes, these manifest with the system turning on and off sporadically. The thermostat on individual units may also shut off, or refuse to respond to commands. Electrical issues are a problem not only because they hamper the unit’s operation, but because they could pose additional risk of fire or electrocution. Do not take electrical issues lightly; have your system checked as soon as you suspect it’s having an electrical problem.